What is a mimeograph?

Mimeograph (File Plate Process) = Gariban is a kind of stencil printing.
On the stencil paper (waxed Ganpi-paper), draw letters and pictures with an iron stylus over the file. It seems to have come to be called “Gari-ban” because of the way the plates are made with a rattling sound.

This is a File Plate Process of Mimeograph.

It can be made easily and is surprisingly delicate. 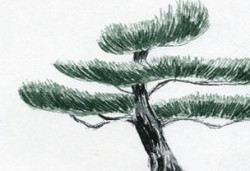 A mimeograph is a type of print that can express delicate lines like etching in a copperplate, as well as pencil-drawn lines like soft ground or lithograph.
This method is classified as a stencil, but it requires less equipment than silkscreen, so it is easier to make.

Oily ink is used, but it is easy to clean up. 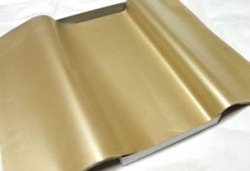 The stencils for mimeographs are made of Ganpi-shi, a kind of washi-paper with paraffin wax called “wax stencil paper”, with an iron stylus and file, so they are not corroded by solvents when making stencils such as copper-engraving.
Also, since it is made of paper, you can easily dispose of the stencil.

On 10 -48 YOUTUBE channel, production videos, and technique videos are introduced! Please register for the channel.